Thirsty Thursday- “When I am Old” Psalm 71 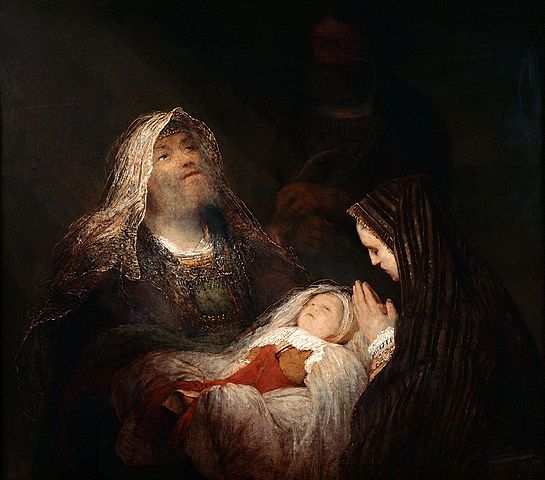 From birth, I have relied on you; you brought me forth from my mother’s womb. I will ever praise you. I have become a sign to many; you are my strong refuge. My mouth is filled with your praise, declaring your splendor all day long. Do not cast me away when I am old; do not forsake me when my strength is gone. Even when I am old and gray, do not forsake me, my God, till I declare your power to the next generation, your mighty acts to all who are to come. (Psalm 71:6-9, 18)

I was listening to an “oldies” station in my car the other day, and I heard an old Beatles’ song. It was always one of my favorites, but hearing it this week really brought a smile to my face. Maybe you know the song. It’s called, “When I’m 64.” It’s a jaunty little tune, written by Paul McCartney when he was only 16 years old (thanks Wikipedia). As I listened, I could imagine him imagining, as a teenager, what it would be like to be that age. Sixty-four years old! Can you imagine?

Of course, it made me smile because I realized I don’t have to imagine that much anymore. For me, 64 is no longer “many years from now.” And as for Sir Paul, he probably wishes he could be that young again!  But the emotional question in the song remains a profoundly haunting one—will my life still matter when I am old?

That question was apparently on the mind of another song writer—the unnamed author of Psalm 71. But there are two clear differences: the psalmist was looking at it from the opposite, older end of his life, and that emotionally charged question is directed toward  God—the “Holy One of Israel.”

The psalmist looks back over his life, professing that God has been his “hope” and “confidence” since he was a youth (vs. 5). In fact, he realizes that his utter reliance on God actually began “from birth” (vs. 6). But now he is old and his strength is fading (vs. 9). It’s getting harder and harder to find purpose and meaning in life anymore.

Throughout his entire life, he has tried to be “a sign to many” (vs. 7), even though he has had more than his share of troubles (vs. 20). He has done his best to testify to God’s righteousness and goodness, even though he doesn’t really know how to make sense of it all (vs. 15). “Since my youth…and to this day…” (vs. 17). That’s a lot of years for this servant of God! Did all that faithful living matter to God? Does it still matter?

Lord, do you still need me…will you still take care of me…now that I’m long past 64?

It’s a heart-felt question…a profoundly haunting question…for anyone out there who’s been trying to follow God faithfully for a long time. The Bible is full of these kinds of stories—everyday saints, young and old, who were struggling to find meaning and purpose in their lives. Maybe you can relate today.

One of the lesser-told stories of Christmastime is found in Luke 2:22-40. It’s been about 40 days since Jesus’ birth in Bethlehem. So Joseph and Mary—young, eager servants of God—bring their baby to the Temple in Jerusalem in keeping with the Jewish laws. While they are they, they encounter two old and faithful saints—a man named Simeon and an 84-year-old widow named Anna. Luke describes Simeon as “righteous and devout.” He’d been doing this God-thing for a long time, “waiting for the consolation of Israel.” Anna had been a widow for more than half a century, and now she “never left the Temple,” spending all her time worship, fasting and praying. I know they weren’t singing Paul McCartney’s jaunty little Beatles tune, but something makes me think they might have had the words of Psalm 71 on their lips:

Even when I am old and gray, do not forsake me, my God, till I declare your power to the next generation, your mighty acts to all who are to come. (Psalm 71:18)

God didn’t forsake them! He wasn’t going to cast them away just because they were old and their strength was gone. He still love them…they still had purpose and meaning…they mattered to God! God looked at Simeon and Anna, old and gray, and then He let them look at Him—newborn…human…here! When they set their eyes on Jesus, they knew they were seeing Emmanuel, “God with us!” They knew in that moment they still mattered to God, and they still had a job to do. Now that they had seen the Salvation of the world, they wanted to “declare your power to the next generation, your mighty acts to all who are to come,” even if they couldn’t possibly understand it all. They began right then–speaking words of hope and encouragement to Mary and Joseph. And in the end…AT the end of their lives…they could say with the psalmist, “I have become a sign to many…my mouth is filled with your praise.” (Psalm 71:7-8)

You might be young and beautiful, old and gray, or somewhere in between. It doesn’t matter. God is still with us. You matter to Him. He still loves you and he still loves this world He came to save. Knowing God and being known by Him gives us our meaning.  Belonging to Jesus gives us our purpose. Making Him known to others becomes our mission—this season and every season. Drink deep from Jesus’ well of salvation, share a cup of Living Water in his name, and always stay thirsty for him!

T.S. Eliot “A Song For Simeon”