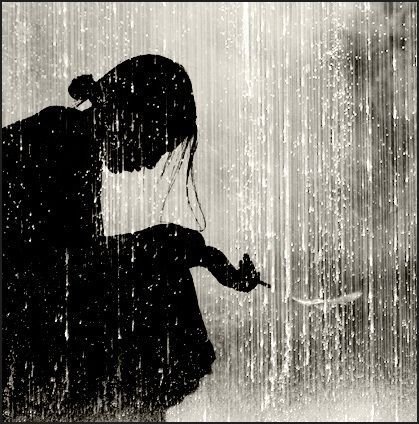 O God, you are my God; earnestly I seek you;
my soul thirsts for you; my flesh faints for you,
as in a dry and weary land where there is no water.

So I have looked upon you in the sanctuary, beholding your power and glory. Because your steadfast love is better than life, my lips will praise you.

OK, admit it…if you’ve ever travelled with young kids in the car for more than, say, 20 minutes, you may have uttered the phrase, “Enough is enough!” And if I’m truly honest, in my case it wasn’t usually just “uttered,” it was spoken slowly, deliberately, emphatically…and then maybe immediately followed by another favorite saying, “KNOCK IT OFF!” Fun fact…that phrase “knock it off,” originally referred to the process of banging a gavel to end the bidding at an auction or to rein in discussion and disorder at a meeting. I think a gavel might have come in handy on some of those road trips!

But here’s the thing: how do we know when “enough is enough?”

As it turns out, a lot of people have asked that question. The English poet, William Blake famously wrote, “You never know what is enough until you know what is more than enough.” When we’ve had more than enough of a bad thing (think kids screaming in the car), we’d love nothing more than to have the power to “knock it off.” But what happens when you experience “more than enough” of a good thing?

In Psalm 63, David finds himself wandering in the wilderness…“in a dry and weary land where there is no water.” Scholars believe the song refers to David’s time in the Judean desert after the rebellion and death of his son Absalom (2 Samuel 15-18). If that’s true, it would have certainly been a time when David had had “enough.” He’d had enough of the pressure of being king, enough of the family drama, enough of rebellion and war and death. In every sense, he was wandering, he was tired, he was “dry.” Enough is enough, Lord! And as David had discovered so many times before, he knew that the only one who could “knock it off” was God.

I remember a song from the 80’s by the band Earth, Wind and Fire that echoes David’s desperate situation:

That song sounds like a pretty good psalm! Amazingly, however, despite his desperation and heartache, David’s song doesn’t begin telling God that he’s had enough…but by asking God for more.

“Earnestly I seek you; my soul thirsts for you; my flesh faints for you” (vs. 1)

David is wandering in the desert…but he knows what he’s seeking. He’s parched…but he knows what his soul is thirsty for. David is weak…but he knows the only thing that will restore his strength. Even though he’s had enough of being lost and tired and empty, he hasn’t even begun to have enough of God. But he’s had just enough to know that he wants and needs more.

To paraphrase William Blake, “We can never know what is truly enough, until we know the One who is more than enough.”

When you get to a point in your life where you want to scream, “ENOUGH IS ENOUGH! KNOCK IT OFF!” Remember that Jesus Christ is more than enough for every thirst and for every need. Seek him in your desert, rest on him when you think you can’t go on…and always stay thirsty for more of Him!

PRAYER: “O God, I have tasted Thy goodness, and it has both satisfied me and made me thirsty for more. I am painfully conscious of my need for further grace. I am ashamed of my lack of desire. O God, the Triune God, I want to want Thee; I long to be filled with longing; I thirst to be made thirsty still.” (A.W. Tozer, 1897-1963)