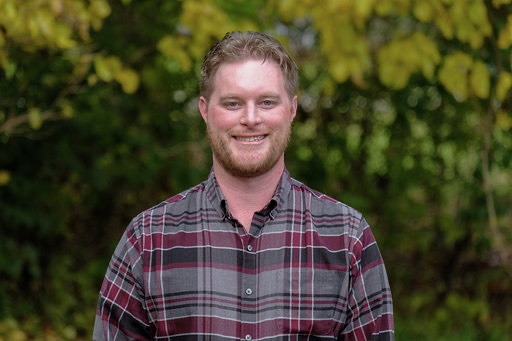 Eric Wesseldyke grew up in West Michigan, and began learning the art of live sound engineering during a high school production of The Wind in the Willows during his Junior year at Unity Christian High School.  In addition to being the “sound guy,” Eric handles IT at The Living Well and frequently plays guitar or bass on the worship team. He’s also a history buff and loves to get lost in a good, deep theological discussion!

Eric graduated from Michigan Technological University with a bachelor’s degree and master’s degree in civil engineering.  While at Michigan Tech, he participated in InterVarsity Christian Fellowship as worship leader and eventually as large group coordinator/vice president of the chapter.  When he wasn’t leading worship, Eric operated the sound system and trained others to do the same.

Since 2012, Eric has worked for WSP USA as an environmental engineer, first in Minot, North Dakota, and now back in Kalamazoo. Eric enjoys playing his guitar and working with recording equipment in his spare time.  He also enjoys random road trips up north and playing cards with friends.